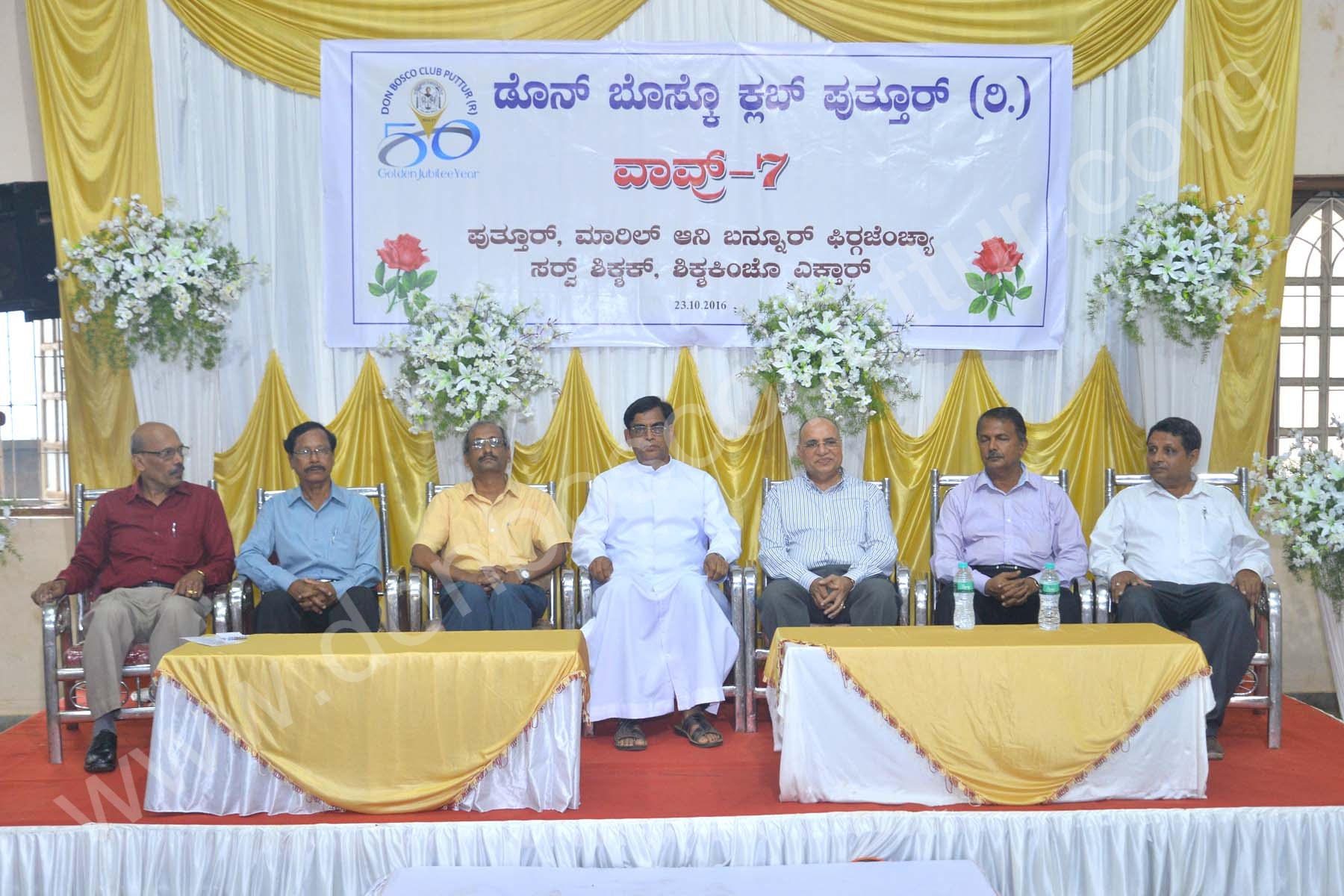 As a part of its golden jubilee celebration Don Bosco Club Puttur organized the 7th programme ‘Vaavr-7’, on 23rd Oct 2016. It was a convention of all the teachers (from K.G. to all levels of higher education) 125 in-service and 45 retired teachers of Puttur, Maril and Bannur parishes were honored at the programme.

Mr. Francis D’Cunha, headmaster of Padva High School, Mangaluru, was the chief guest. In his speech he hailed the committed dedication service of Christian teachers and their contribution in nation building. “Christian educational institutions are established as per article 31 of the Indian constitution. So we Christians have a duty to serve the nation” he opined. He also called upon the teachers to preserve and promote Konkani language and culture.

Mr. Victor Lobo and Dr. Dimple Fernandes expressed their openion on the programme.